Apologies that these aren't exactly the best quality. I was using the snapshot feature on my camcorder, but without the viewfinder to avoid being distracting. As a result, I didn't always know exactly where I was aiming the camera (as my last pic so obviously demonstrates). 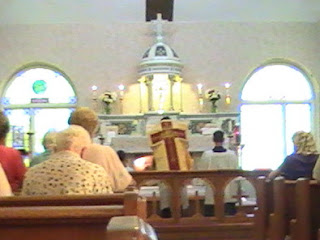 Prayers at the Foot of the Altar 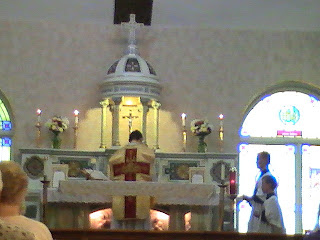 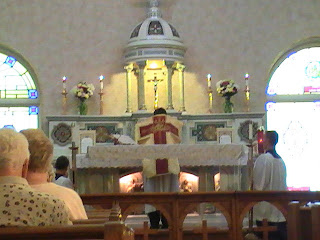 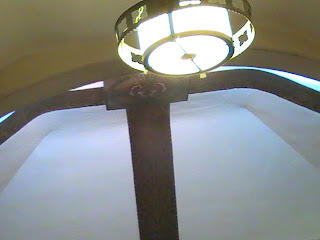 Elevation. Apparently Father isn't as tall as I thought. Nice shot of the ceiling though! 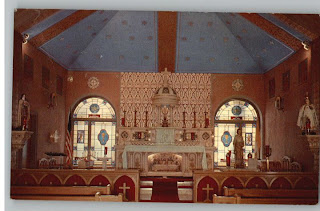 Back in the day, the ceiling was covered with a beautiful tile mosaic.
Posted by Joe at 10:59 AM